Delano is one of the most recent cities in California to be deemed most transparent city, posting a wide array of public information on its website. These efforts have earned the city the first Sunny Awards in 2013 from the nonprofit Sunshine Review, an honor given to only 3.5% of the 7,000 government websites analyzed.

Several studies have shown that the more transparent local government is, the more citizens will participate and the better they will generally feel about their city. In 2012, the City of Delano launched a transparency initiative that sought to provide residents and others with as much easily accessible public information as possible. 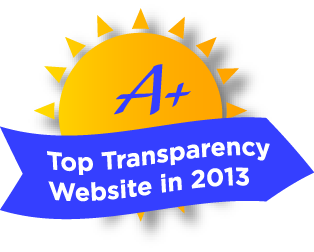 The City believes with what the preamble to the Brown Act states: “The people, in delegating authority, do not give their public servants the right to decide what is good for the people to know and what is not good for them to know. The people insist on remaining informed so that they may retain control over the instruments they have created.” If there is public information that you'd like to see on this website, please contact Maribel Reyna, City Manager at 661-721-3300.